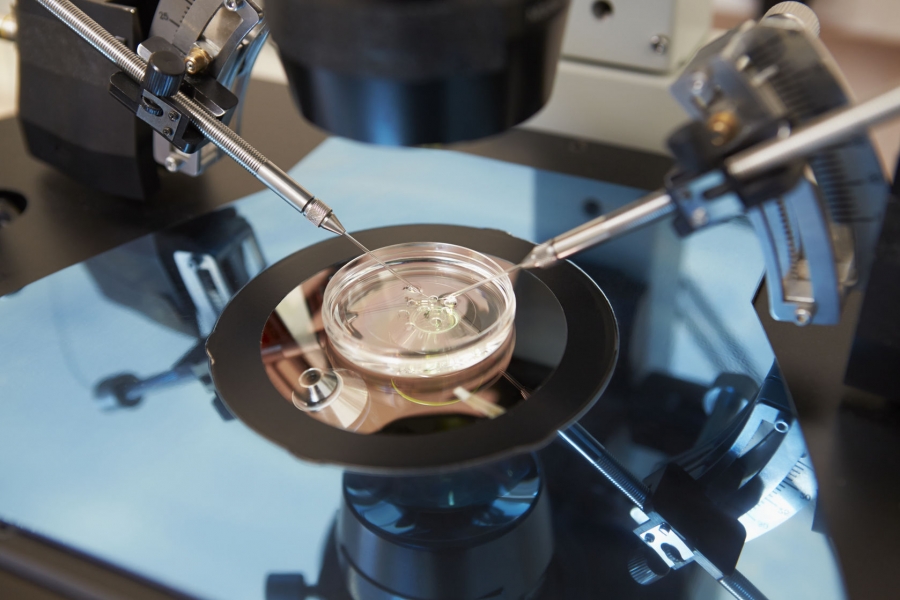 ART (assisted reproductive technology) has proven to be a boon for infertile couples. A few decades ago, an infertile couple would spend their entire lives yearning for a baby if traditional methods did not produce a result. With the advent of ART, almost any infertility problem can be effectively addressed. Let’s get to the basics first.

It is a procedure in which multiple follicles develop in a woman’s ovaries. These eggs that are recovered from these follicles can be fertilized using the traditional IVF (in vitro fertilization) or ICSI (intracytoplasmic sperm injection) technique.

During this process, multiple embryos can form. The embryos thus formed are transferred to the uterine cavity at a specific time in the menstrual cycle. When the embryo implants in the uterus, it leads to pregnancy.

Not all embryos that transfer into the uterine cavity lead to pregnancy, which is why many doctors preferred to transfer multiple embryos so that at least one of them would implant. The main criticism of ART has been multiple pregnancies that result due to the transfer of multiple embryos. Multiple pregnancies are a high-risk pregnancy that can be life-threatening for both mother and baby.
To address this problem, doctors around the world began performing individual embryo transfers (SET). But this led to another criticism: lower success rate! In order to have the best of both worlds, it is pertinent to select the best embryo and then transfer the single embryo. And that leads to a big question “how to decide which embryo can be selected.”
Before reaching the criteria and techniques for embryo selection. First, let’s understand why each embryo does not lead to pregnancy. While there are many causes that directly influence implantation rate, one of the most important causes is aneuploidy. Aneuploidy means an abnormal number of chromosomes in the embryo.

Aneuploid embryos can lead to implantation failure, early first-trimester abortions, and even birth defects. Therefore, if we can exclude aneuploid embryos and transfer the euploid embryo, pregnancy rates and home baby rates will greatly improve.

Let’s understand the various methods of embryo selection. Embryo morphological classification is the most widely used technique to select embryos. The morphology of the embryo and the growth rate of the embryo are studied. Several morphological parameters that are studied after fertilization are the number of pronuclei at 17-22 hours, the cut at 22-28 hours, the number of blastomeres on day 2, and day 3 and the fragmentation of the embryo (measured in percentage) on day 3. The benefit of Morphological evaluation is that it is a fairly easy and cost-effective method. But the downside is that even the morphologically normal looking embryo can have aneuploid chromosomes.

Time-lapse monitoring is a technique whereby the embryo placed inside the chambers under optimal conditions is constantly monitored under an embryo (a type of microscope). Assessment of cell dynamics during this monitoring helps to assess the health of the embryo.
Blastocyst formation is another way to select embryos in the pool. When the embryos are grown beyond day 3, the cells divide continuously and reach an advanced stage of almost 100 cells on day 4. This is called the morula stage. Over the next one to two days, a fluid-filled cavity forms within the cell mass. This stage is called a blastocyst.

It has three parts of external trophectoderm, internal cell mass, and fluid-filled cavity. Most embryos that are aneuploid do not grow to this stage and undergo growth arrest. Therefore, aneuploid embryos are generally excluded at the blastocyst stage.

About 45% of the embryos are removed using this embryo selection technique. Blastocysts are classified according to the morphological characteristics of the trophectoderm, the internal cell mass, and the size of the embryo. Although this is the most widely used embryo selection method, it is not a complete test. Studies have shown that blastocysts can also have aneuploid chromosomes.

Preimplantation Genetic Screening (PGS) and Preimplantation Genetic Diagnosis (PGD) are methods by which a biopsy of the blastocyst trophectoderm is taken and further testing is performed. In PGS, the number of chromosomes is evaluated to rule out trisomies of 21, 18, and 13 chromosomes. Although this technique is very advanced, the problem is that there is a compartmentalization of the cell mass in the embryo. Abnormal cells are shown to be present in compartments of the cell mass. Therefore, during the biopsy, if that particular compartment is biopsied, it will lead to a false-positive diagnosis of aneuploidy.

In PGD, specific failures of a single gene are evaluated. In the event that a particular disease is inherited in the family, scientists prepare a DNA fingerprint of that disease, and then that DNA fingerprint is compared to the embryo’s DNA fingerprint to rule out that disease. FISH (fluorescent in situ hybridization) is a technique used to evaluate chromosomes. The downside is that FISH can evaluate approximately 12 pairs of chromosomes out of 23 pairs. So it leads to wrong results of almost 40 percent.

CGH (comparative genomic hybridization) matrix and SNP (single nucleotide polymorphism) and NGS (next-generation sequencing) are more advanced techniques that overcome the deficiencies of FISH and give reliable results. The problems with these techniques are that they are invasive techniques and can lead to the loss of embryos due to damage during the embryo biopsy. The other drawback is that they are time-consuming, require sophisticated infrastructure, and highly trained staff.

To overcome the drawbacks of invasive techniques, a lot of attention has been paid lately to non-invasive tests called economics. In this technique, the various compounds released by the growing embryos in the media are studies. In proteomics, proteins like sHLA-G
(soluble human leukocyte antigen G) is studied. The presence in sufficient quantities indicates that the embryo has a greater chance of implantation and a healthy baby. In transcriptomics, the mRNA of proteins released into the media is studied. The depletion of amino acids in the culture media also gives an idea about the health of the embryo. Although these studies are in their early stages, they have shown promise.