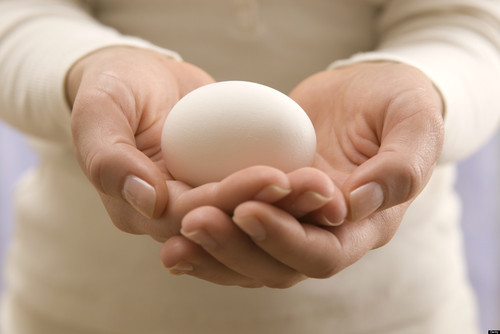 Infertility as a problem has affected society for centuries. The advent of in vitro fertilization (IVF) and with multiple developments in the field of reproductive medicine, many infertile couples today can fulfill the dream of having a child. For those females in which the eggs have ended due to menopause or those females where the quality of the egg is very poor or in those females where they cannot conceive with their own egg, the donation of eggs has been a blessing for such a couple. infertile. Therefore, it is essential to understand the egg donation process and how it is useful.

What is an egg donation?

The first pregnancy resulting from egg donation was reported in 1984. Since then, egg donation has gained significant importance in reproductive medicine. Egg donation is required when it is diagnosed that the cause of infertility in a couple is due to inadequate egg production or poor quality of eggs in the female. Egg donation involves obtaining eggs from another woman (donor). These donated eggs are fertilized with the sperm of the recipient’s husband (male counterpart to the infertile couple) in the laboratory using the IVF [in vitro fertilization] process. Finally, the embryo formed after fertilization is transferred to the uterus of the female counterpart of the infertile couple.

IUI
UNDER WHAT CONDITIONS IS THE EGG DONATION REQUIRED?

The various reasons why egg donation is required can be broadly grouped into two categories, which are as follows:

EGG DONORS: –
Egg donors are anonymous, that is, the identity of the donor is never revealed to the recipients. Potential donors are found through egg donation programs or through certain agencies. In an IVF egg donation program, donor eggs can be taken in several ways, including:
1) Frozen eggs from egg banks (stored eggs).
2) Sharing eggs with young IVF patients in the same IVF center.
3) Obtaining fresh eggs from a young donor in good medical shape

DETAILS OF THE EGG DONATION PROCESS: –
The first step is to find an egg donor. The recipient woman is treated with hormones to prepare her to accept the embryo. If the recipient’s ovaries are functional, her menstrual cycle coincides with the donor’s cycle with the help of certain treatments. Meanwhile, the donor is also treated with hormonal injections to produce superovulation. Once the donor eggs are ready, they are retrieved and fertilized with the recipient’s husband’s sperm. After a few days, the embryo/s are implanted in the recipient’s uterus. Some donor eggs can be frozen so they can then be used for another partner in need.

POSSIBILITIES OF PREGNANCY WITH EGG DONATION: –
The success of the IVF egg donation cycle depends on the number of factors, some of which may include the following:
1) Donor age: Young, healthy egg donors are preferred for egg donation programs. It is because it has been observed that the probability of pregnancy is almost the same in young and older recipients if the chosen donor is young.
2) Egg quality: the quality of the egg is an important factor that in turn determines the quality of the embryo and, therefore, determines the result of IVF (results of pregnancy and childbirth).
3) Endometrial preparation: the most important factor that determines the success of the egg donation cycle is the preparation of the endometrium which is the place where the embryo will be implanted (soil preparation) and also the endometrial receptivity when the embryos prepared by the eggs Donations are implanted In IVF, the fertilization process of the eggs donated by the husband’s sperm is carried out in CLOSED workrooms so that the eggs and sperm during fertilization obtain the best environment (similar to what they should have had in the uterus) so that the embryos formed are better and thus Success would be better.
4) Embryo transfer process: the process of embryo placement in the uterus is also important, which is done under ultrasound guidance.

To conclude, egg donation may be an answer to the infertility problem in those couples where the female has decreased the quality of the eggs/ovules. However, egg donation should preferably be from a young and healthy donor. Good success rates in terms of achieving pregnancy and in terms of favorable pregnancy outcomes have been observed with carefully selected donor eggs.